How Will AI Change The Finance Industry?

Giving Your Child the Best Start in… 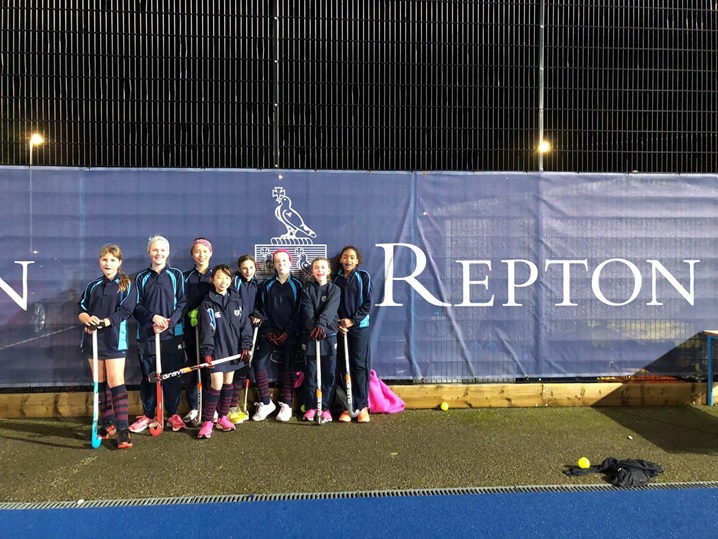 Health, wellness, and athletics go hand in hand with academics as a cornerstone of the student experience at Repton School. With a legacy dating back to its founding in 1577, the School has consistently evolved with the trends in educational inclusions.

Specifically, organised athletic activities did not rise up in schools until the mid-1800s, notably at university levels. Grammar schools followed suit, and in keeping with the times, so did Repton School. Games of football and rugby soon gave way to a training ground for professional athletes and Olympic champions.

Notably, the Repton School roster of Olympians span a variety of sports, indicative of the growth and diversity offered over the years. The earliest known Repton graduate to participate in the Olympics was Walter Buckmaster. An 1887 graduate and School football player, Buckmaster went on to represent Great Britain in the 1900 and 1908 Olympics as a polo player, winning a silver medal at each Games.

Buckmaster was not the only Repton graduate at the 1908 Olympic Games. Four others participated including gold-medal rower Raymond Etherington-Smith. Alumni also faced off in field hockey in the same Olympics with Frederick Phillips playing for the Welsh team, which won bronze, and Edgar Page for the English, who won the gold.

Track and field has also been a discipline where Repton School alumni shine. Eric Hussey competed as a hurdler in 1908, Arthur Willis as a high jumper in 1924, and most notably, Harold Abrahams in track and long jump events. Abrahams captured the bronze in the 200-metre event and took gold in the 400 metres while setting world records.

While Derbyshire may not be known for snow-covered hills, Repton graduates have excelled at the Winter Games as well. Charles Bruce received an Olympic Medal in Alpinism in 1924 for an expedition to climb Mount Everest. Charles Griffiths went from manning a bobsled in the 1928 Games to serving as Squadron Leader in the RAF Voluntary Reserves in the Second World War.

Supporting the Next Generation of Student Athletes at Repton School

Athletics at Repton School have evolved over the years to meet the standards and scope of sports today. The School boasts a modern Sports Centre equipped with hockey pitches, an indoor swimming pool, over a dozen tennis courts, and a cutting-edge strength and conditioning suite. Students are encouraged to participate in more casual teams for exercise and comradery as well as formal leagues with a competitive flair.

The focus of Repton sports remains on student health and well-being, with programmes and facilities designed for safety and tailored treatment. Coaches and practitioners are on staff to address student athlete nutrition, conditioning, and physiotherapy to prevent and treat injuries. Premier staff and coaches include former Olympian Scott Talbot-Cameron, who swam for New Zealand in the 2000 and 2004 Games and now serves as Repton’s Director of Swimming.

With many opportunities to nurture their interests and skills, Repton School alumni continue to make an impact on the global stage. Graduates continue to represent the School in the modern Olympic Games over a century after the first cohort of Repton Olympians. With girls admitted to Repton School beginning in the 1970s, strong female student athletes also began to make their mark.

In 2008, Charlotte Craddock became the youngest member of the British Olympic field hockey team. When the 2012 Olympic Games were held in London, Repton School alumna George Twigg had the honour carrying the torch through Bristol. The 2016 Rio Olympic Games saw a large representation of Repton graduates in field hockey including Georgie Twigg, Shona McCallin, Joie Leigh, and Ellie Watton for the British team and Charlotte Stapenhorst for the German team. The 2020 Games in Tokyo brought another podium appearance for Repton alumni Leah Wiklinson and Shona McCallin. Both women received bronze medals as members of the British field hockey team.

These most recent Olympic Games also saw British Swimmer Adam Peaty retain his gold medal title in the 100m breaststroke. While not a Repton graduate, Peaty and his coach used the premier swimming facilities in the Repton Sports Centre as their main training venue prior to the Rio Games in 2016. The School continues to make its facilities available for membership and lessons including gym and pool access, encouraging health and pursuit of athletic goals for students and the community alike.

Repton School is a co-educational independent school for boarding and day pupils aged between 13-18. Student athletics is just one of many hallmark programmes designed to inspire wellness and development for students. Over 80% of Repton School students participate in recreational or competitive sport, which helps cultivate physical health as well as skills in teamwork, leadership, and resilience. Learn more about Repton School’s Sports programmes: https://www.repton.org.uk/school-life/sport/sport-for-all

How Will AI Change The Finance Industry?